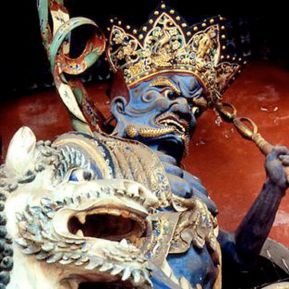 After many months of discussion, the Dukes of Paradox finally take the helm for the first time.

Throughout this debut, the Dukes discuss and ponder, among other things, Greek types of wisdom and intelligence, what constitutes reputable sources of information, and precious bodily fluids. Does it make sense to hate someone you’ve never met? What can we learn from the insight of Will Rogers’ immortal words, “I’ve never met a man I didn’t like”? From where do contemptible character traits originate? Is hatred a flaw to be shunned or a useful but misunderstood tool to learn how to use more skillfully? Even stopped clocks are right twice a day.  All of this and more herein. 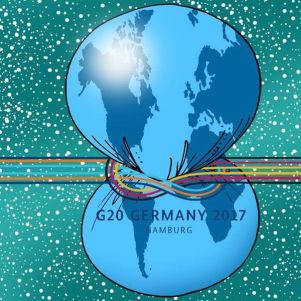 In the wake of the 5.8 magnitude earthquake that shook western Montana this week, some are peddling fear-mongering tactics to make money off of the fear porn of the Yellowstone Supervolcano. But everything will probably be fine… That is, unless you live in Germany, where a very different kind of quake rocked the earth, transforming Hamburg into a war zone. While the fakestream media attempts to convince Americans that the fighting of German riot police and soldiers against tens-of-thousands of protesters was inspired by Donald Trump’s visit, the epicenter of the violence emanated from the G20 Summit of which Donald is just one part, as the EU and 19 other constituent nations carve the world up a little more through economic policies that benefit the elites involved at the expense of everyone else. But if planning to protest such fascist machinations, remember to be careful which kind of sunscreen you wear, because it may be toxic, or turn toxic when exposed to your environment. 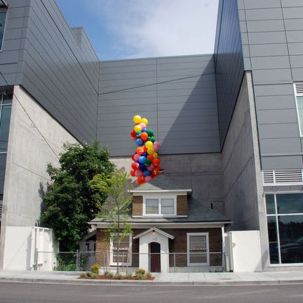 This show was rescued from radiofreeamerica following a recording failure, resulting in substandard audio quality and and large lapses of content that seems to be lost forever. However, we managed to salvage 90 minutes of a great broadcast aimed toward comprehending the unfortunate transformation of our communities into bourgeois corporatocracies that benefit elites at the expense of families who have lived in them for generations. The phenomenon of gentrification would not be possible without the complicity of local government officials who are either too naive to ward off the parasitic influence of big money, or too corrupt to resist the tempting rewards that come with selling their neighbors downriver to the highest bidder. Complex euphemisms like “Tax Increment Financing” openly bamboozle local populations into allowing seemingly innocuous construction projects to hijack entire districts of cities at taxpayer expense, and few ever cry fowl until it’s too late to stop the takeover. 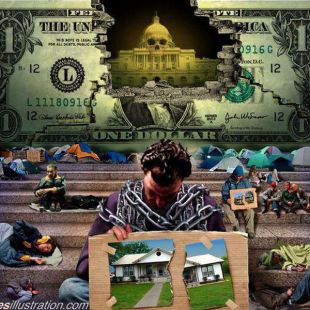 A lack of financial opportunities provides fertile soil to capitalize on citizens who feel compelled to make a few “extra bucks” by renting out their homes and cars. Tech firms such as Uber and Airbnb are all too happy to euphemistically repurpose alternative economy idealism under the deceptive umbrella of the “Sharing Economy”. But the so-called rewards of these extraneous apps do not outweigh the conveniently unmentioned risks. The better deal they claim to offer only exists due to tremendous investor subsidy, with the explicit intent of putting existing local companies out of business and eventually replacing all of their “employees” with an automated monopoly once their takeover is complete. Analyzing the many-headed hydra of America’s anti-economy leads us to ponder where this cancer emanates from. All roads appear to lead to Wall Street and the bankers who run this country. But the media focuses on Trump as a distraction away from the Wall Street oligarchs robbing us blind. 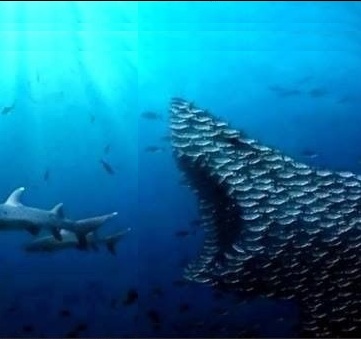 The Missoula Redevelopment Agency continues to make bad decisions, vicariously realizing a corporate vision of Missoula and prioritizing profit over people. The misallocation of tax monies for unnecessary corporate projects illustrates the danger of allowing important aspects of local governance to lie in the hands of small groups of people. Corruption and cronyism naturally thrive when we outsource the management of our communities to bureaucrats. Municipalism diagnoses disempowerment as the underlying problem, as we are robbed of meaningful roles in our communities. By seizing the power to make decisions, the MRA and others like them deprive us of a sense of purpose. To achieve direct democracy, it is possible to take back control through eroding authoritarian legitimacy and delegating power to people’s assemblies. There are many avenues by which this shift takes place, from worker co-ops and jury nullification to food sovereignty laws and community owned Internet Service Providers. 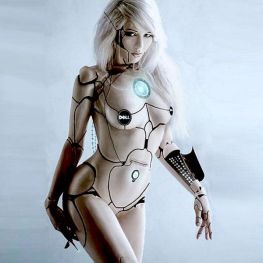 Civil forfeiture proves the most lucrative source of income for police agencies, with cops now seizing more assets in forfeiture cases than are stolen by burglars. Deputy Attorney General Rod Rosenstein denounces crimes committed by Baltimore detectives as “robberies by people wearing police uniforms” but defends civil forfeiture on the grounds that most seizures are warranted because most people who have property taken by police never take it to court. But from where does this authority derive? Detroit police now have carte blanche to shoot unlicenced pets that apparently constitute “contraband,” setting a dangerous precedent to violate 4th Amendment rights en masse. Will we soon have laws mandating the registration and licensing of sex robots? With human activity perpetuating the great acceleration as we reshape the ecosystem by displacing nature, the sex robot phenomenon calls questions of loneliness in industrialized societies as well as the coming storm that is the singularity