Combat-Veteran Congresswoman and Army Major Tulsi Gabbard appeared on Joe Rogan this week to confirm her candidacy for President of America, proving to be the only candidate articulating the vociferous anti-war sentiments of war-fatigued American soldiers. During her 16 years in military service, Major Gabbard has deployed twice to the Middle East as a combat medic, and today continues to serve in the Hawaii National Guard. Unlike virtually everyone else running for the Oval Office in 2020, Tulsi understands from first-hand experience and sacrifice what it actually means to be in war. She has also served for over 6 years on the Foreign Affairs and Armed Services Committees, working intimately on issues related to National Security and Foreign Policy. It seems only logical that anyone tasked with the responsibility of serving as Commander-In-Chief of the most powerful military in the world should be required to be a veteran of the awesome forces they command. 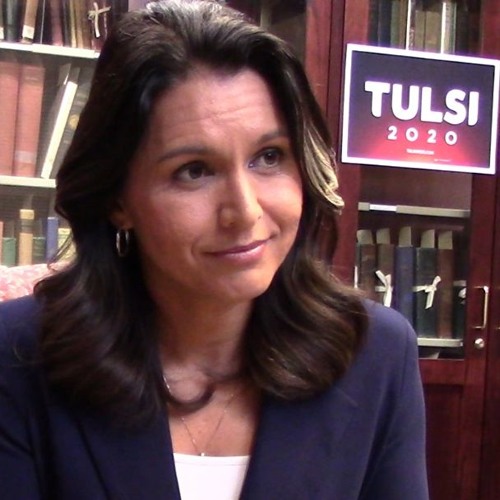